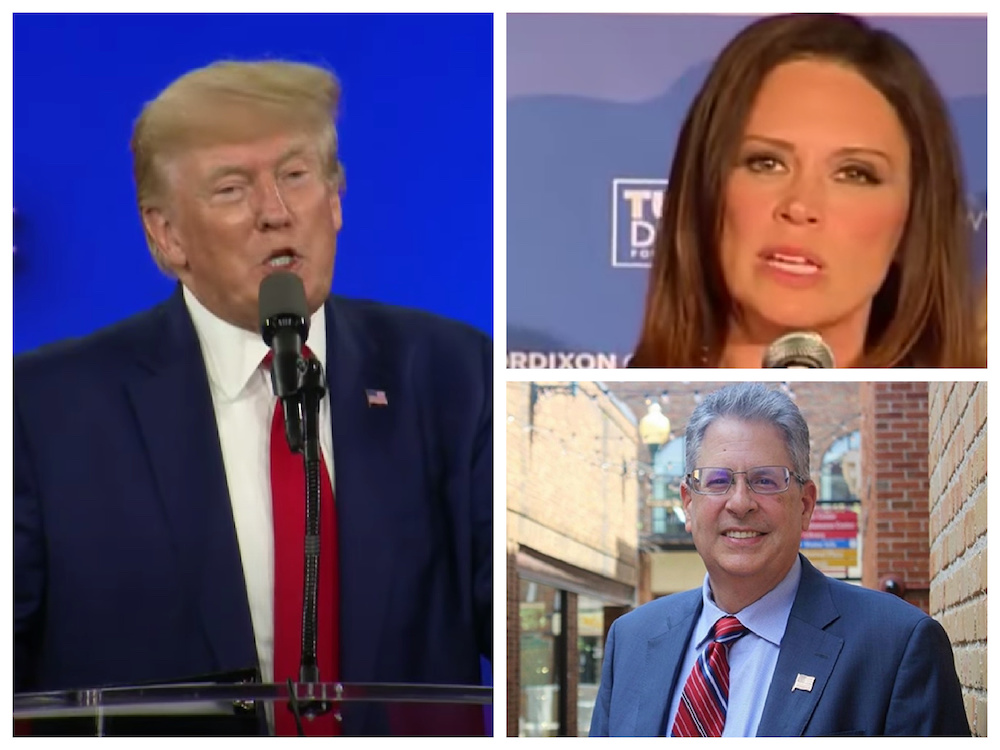 With the general election less than three months away, Michiganians can expect to hear ex-President Donald Trump promoting GOP candidates in key races and attacking Democrats.

On Saturday, at the 2022 Conservative Political Action Conference in Dallas (CPAC), we got a preview of what's to come, with Trump praising GOP gubernatorial candidate Tudor Dixon while dissing Democratic Gov. Gretchen Whitmer.

First he praised Dixon who won the GOP gubernatorial primary last Tuesday. Trump endorsed her just days before the election.

“And somebody that really took this country by storm, not just the state...Tudor Dixon, governor of Michigan, soon to be, we hope -- straighten the state out," Trump said. "Tudor’s fantastic."

"She recently lost her father, very recently, and he's looking down, he's saying, 'oh, I’m so proud of my daughter.' I had met him, I guess that was his last meeting, right? They were in Mar-a-Lago. And her father was incredible. Great steel person. He was somebody that knew what China was doing."

Then Trump took a shot at Whitmer and her husband Marc Mallory, who made headlines  in 2020 when he told a northern Michigan dock company he wanted to retrieve his boart ahead of Memorial Day weekend while his wife urged residents not to rush to the region because of Covid.

"She’s running against a woman whose husband didn’t obey any of her orders. She’s the shutdown queen. But everyone was shutdown but her husband. He was out there canoeing all by himself. Now, normally you wouldn’t consider that a bad thing but when nobody else is allowed to do it it’s not so good."

He then concluded: "I think you’re going to have a fantastic success, Tudor."

He also praised GOP attorney general candidate Matthew DePerno, a controversial figure, even within his own party. Some of the old GOP guard are not fans.

"Now, I’ve known him for a long time. He is so tough people are afraid to even be in the same room with him," Trump said.

"He’s going to make sure you have law and order, and fair elections and so many other things. He is respected by everybody in that state. Matt DePerno. That’s an important race."

Dixon spoke earlier in the day at CPAC, saying:

"It's been a long four years under Gretchen Whitmer's tyrannical rein. She's been ridin' with Biden and they've been driving our state off a cliff."