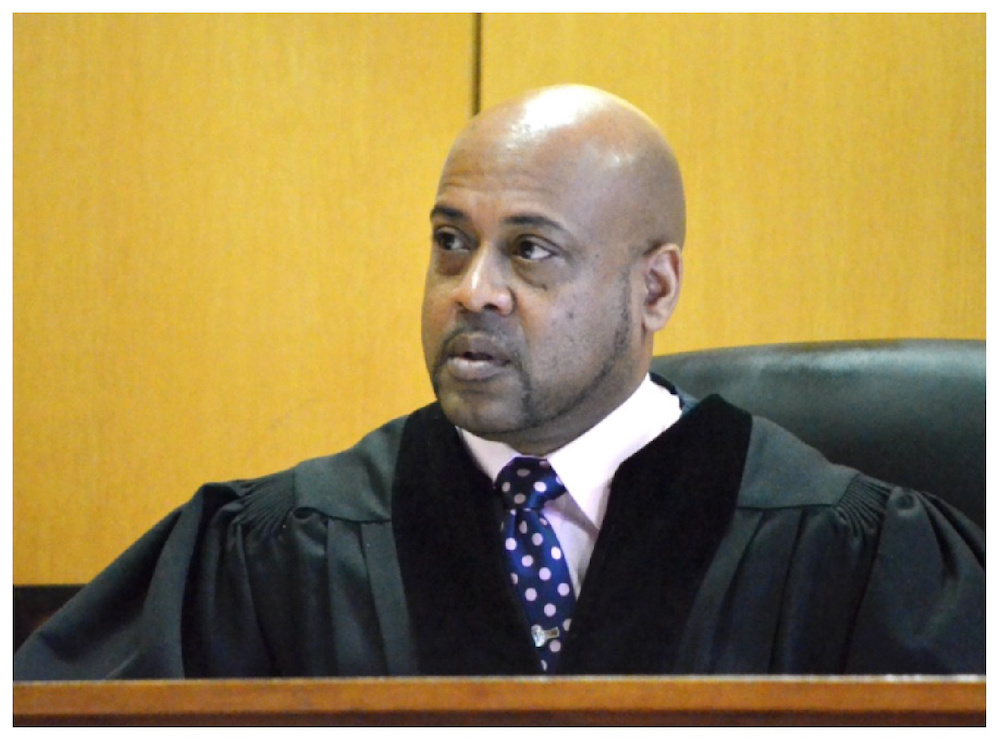 Anyone who's spent time in a courthouse knows about court watchers, mostly retirees or people otherwise free during the day, who attend trials not out of obligation, but as entertainment. When the pandemic pushed legal proceedings online, court watching was no longer confined to business hours, one courthouse or even one city. Some unusual stars have appeared in this new legal atmosphere, including one in Detroit.

From Australia to Sweden to South Korea to New York and California, Detroit 36th District Judge Kenneth King has picked up a group of loyal fans who watch his criminal cases livestreamed on YouTube. On any given day, 60 to 80 fans are watching.

"They got so involved that they created a private Facebook page called King's Corner," he tells Deadline Detroit. So far, the page has nearly 100 members. (Watch video interview below.)

"I found Judge King through watching trials on YouTube," Beth Stillion of Oklahoma tells Deadline Detroit. The platform's algorithm offered a King video based on her viewing history.

"I had no idea at first he was in Detroit. I liked him because he treats everyone, the attorneys, the defendants and victim with the utmost respect. I like that he chats with us between cases."

King says he realized several months ago that something special was afoot. 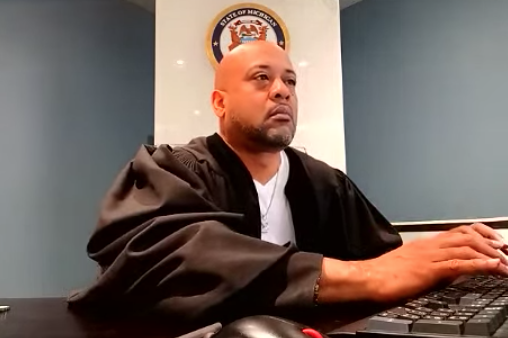 Judge King chats with the group after court Thursday.

"I noticed there were a number of people that were chatting on my YouTube feed and they were from all over the country and all over the world," King says. "And so, I started chatting back with them between cases, never during a case or about a cases."

King, the presiding judge over the court's criminal docket, says he has come to know some of his fans. Many wished him happy birthday in February. He says one woman from South Carolina sent a birthday cake, and others sent celebratory balloons to the courthouse.

On Thursday, one wrote on the YouTube chat: "Happy Father’s Day early judge."

After court, he wrote to the group: "​I have to go prep for mom's 70th Birthday party tomorrow!" prompting happy-birthday wishes to her, too.

"They know my family and ask how my sons are doing," King said. "I know about their kids. ... It is really a cool situation and I really like them.

"They're terribly protective of me. They don't like when attorneys raise their voice at me. They make it known."

Why Detroit? Why him?

"It's not just me, they go and they look for court cases all throughout the country, because of the type of cases I do. These cases are extremely interesting. A lot of them are caught on video, a lot of the homicide are caught on video.... And they're very interested in what we're doing here in Detroit and how we do things."

A few other Detroit judges have similar fans, but King, by far, appears the most popular.

Tim Hickey of Riverdale, N.Y. is helping organize a Zoom meeting with the judge and his followers during off hours. He follows Michigan judges in other counties, but found King the most interesting.

"My main channel is Judge King for many reasons," he said. "King's cases are serious cases. When I found Judge King and realized that not only did he have a live chat, he also participated, I had to join."

King's participation, and willingness to answer questions about the proceedings, "taught us, the laymen, a lot of how the court system works," Hickey said. "Watching other court channels is like watching a court television program. Judge King takes the time to explain to us the what and why. He considers his regular viewers part of his 'Court Family.'"

"I started watching Broward County Bond Court many years ago. There is a core group of us from Bond Court that hang in a lot of the same chat rooms. I heard about Judge King from one of them. I started watching him and have been hooked ever since. I've only missed a few days."

How far does the bonding go between the judge and the group?

Mystic, who has been watching King since around start of the year, says "I was having troubles with my teen daughters. I just decided one day to ask him if he would talk to them and just give them some guidance and support. I thought hearing from a judge would have a greater impact. He immediately said yes. I was shocked. He said, 'Our job is to help one another.'"

Shonah Hill of Atlanta echoes similar sentiments in an email:

"I just happened to be scrolling on YouTube one day and his LIVE Courtroom popped up on my screen.  I love Court shows so I decided to stick around and hear a few of the cases.  Needless to say, I've been hooked ever since. I love Judge King!!"