Feed deer in Southfield and you risk a fine now 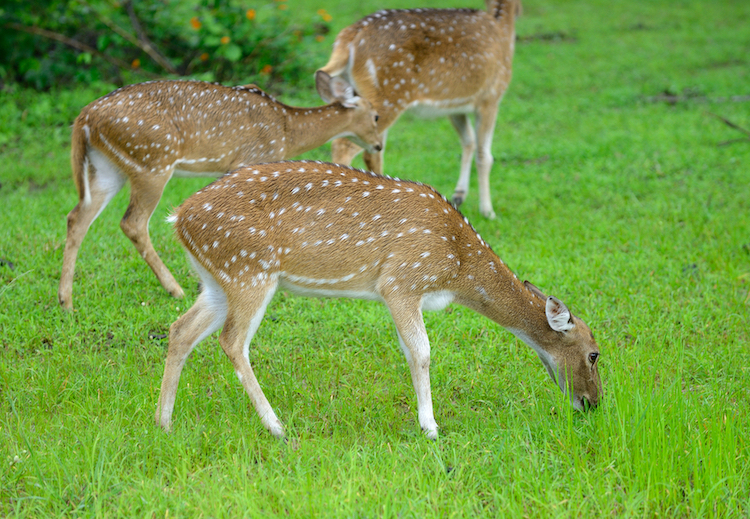 Concerned about the impact of browsing deer, Southfield now bans feeding of the animals.

A new ordinance "addresses recreational feeding and high deer populations that can result in the destruction of residential landscaping and gardens, as well as pose a threat to public safety by increasing deer and automotive accidents," the city said in a press release Monday.

The ordinance, which the council passed last week, bans people from placing grain, fruit, vegetables, nuts, hay or other edibles less than five feet above the ground unless screened or protected from deer.

“The deer population in Southfield and surrounding communities continues to grow, especially in more rural and wooded parts of the city,” said Southfield Community Relations Director Michael Manion. “In an effort to reduce the potential threat to public safety caused by increased deer and automotive accidents as well as negative impact to residential properties, the Southfield City Council has enacted Ordinance No. 1748 that prohibits feeding deer.”

He said some residents like seeing the deer, but others, particularly some gardeners, are not as fond.

First violations can bring a warning, followed by possible fines for repeat offenders. Fines range from $150 to $500.