Larry Hall — a sometimes unhoused man described as "the Cass Corridor's most beloved son" — is missing, according to a social media campaign to find him.

The almsman and bucket-drummer was last seen Thursday, according to a post by Community Push, a nonprofit skatepark he's worked with. Larry, who's often referred to mononymously, was a fixture in Midtown for decades — a greeter of sorts at Avalon bakery by day and busker outside concerts and other events on Woodward by night.

"Everyone who knows Larry has their own sort of relationship with him," said Jackie Victor, co-founder and CEO of Avalon International Breads. "He’s very funny, very bright, and always talking about interesting things."

Anyone with information on Larry's whereabouts is asked to call Woodside Bible Church at (313) 757-1511.

Detroit police said early Wednesday that he had not been reported to them as missing. Second deputy chief Rudy Harper says the department is working to learn more.

The church did not respond to requests for comment. 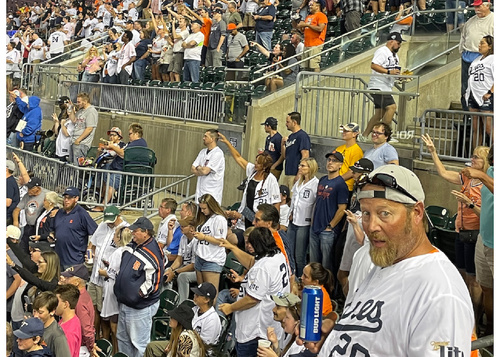 Lapointe: Should Comerica Build Back Better or Should Ilitch Just Sell the Tigers?