That's the outcome of an elected lawman's bizarre attempt two weeks ago to punish a Howell woman for online media criticism of public meeting comments by three anti-maskers. 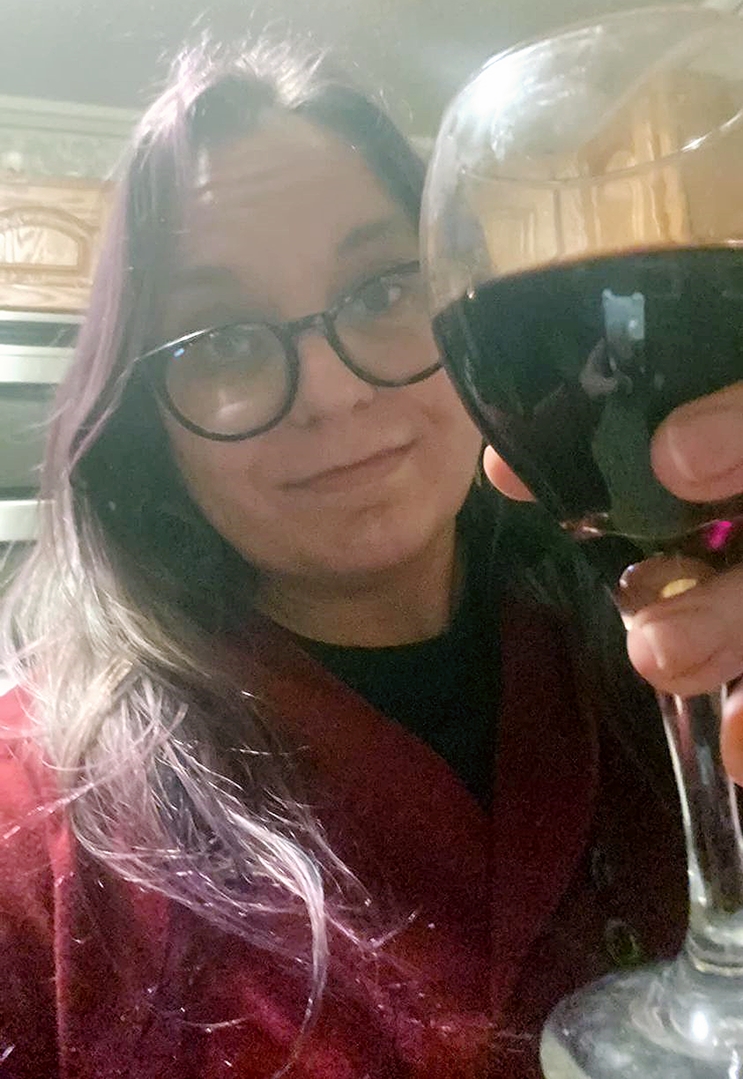 Kasey Helton raises "a glass to freedom," she says with this victory toast on Facebook.

"The Livingston County prosecutor’s office will not seek felony charges for a dubious (nicest word I can think of to describe it) criminal complaint brought against me by the Livingston County Sheriff related to my tweets exposing nurses for publicly spreading Covid misinfo at gov't meetings," Kasey Helton of Howell posts on social media.

On Twitter from Dec. 9-12, Helton tweeted pointedly about mask-opposition remarks to the Brighton Board of  Education by a local Moms for Liberty leader and about similar statements to the county Board of Commissioners by two nurses, using their names and affiliations. She called one "a pathetic purveyor of health misinformation."

Sheriff Mike Murphy told Deadline Detroit his agency investigated after a complaint from someone who felt "legitimately threatened, harassed and intimidated," adding: "We felt the same way."

Murphy, a Republican who campaigned for Donald Trump in 2020, explained his goal in recommending prosecution: "This, for us, is a test to see where that line is ... if they say it rises to the level of criminality. We've become uncivilized when it comes to social media and people take potshots at people all day long. OK, there's freedom of speech, but there's also lines that need to be drawn in the sand."

Helton, 44, is an admissions triage associate at Michigan Medicine in Ann Arbor, where she has been on staff since 2020. She graduated from Howell High School in 1995 and attended Eastern Michigan University before working healthcare. She ran for county commission in 2018 and 2020, and belongs to Indivisible Livingston County, a progressive group in Brighton.

In victory posts late Tuesday on Facebook and Twitter, Helton said the sheriff's action "represents a clear and punitive attack on my First Amendment rights guaranteed in the Constitution."

Trying to jail someone for their speech is the opposite of liberty. In fact, it's the very seed from which authoritarian regimes take root and therefore must be opposed -- even when you don’t agree with what the individual is saying. ...

Hat tip to Steve Neavling of Detroit Metro Times, who reported on this development Wednesday morning.