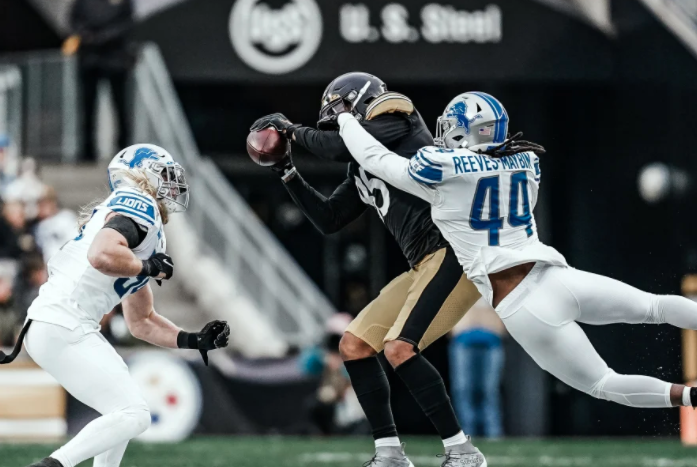 Golden Tate knows about heartbreaks. The wide receiver played for the Detroit Lions from 2014-2018 before being traded to Philadelphia and eventually cut last year by the New York Giants.

On Sunday the Lions tied Pittsburgh 16-16 after Detroit's Ryan Santoso blew a 48-yard field goal in overtime that would have given them their first win. They are now 0-8-1.

I’m so sorry for you @Lions . You don’t deserve this feeling week in and week out.

One of the first things I remember Bill Belichick saying when I signed with New England was “To win, you first gotta figure out how not to lose.” Ugly game but a step forward for the Lions. #detroitlions

I know, Louise. But at least it wasn’t a loss. It’s ok. #Lions pic.twitter.com/nfNQwSVbBR

The Lions are undefeated in November

Detroit Lions coach Dan Campbell stood on the sideline, scanning a play sheet and glancing at his offense. He reached to his hip and flicked a button on the pack attached to his headset. He covered his mouth with the sheet — a familiar pose for any coach trying to avoid lip readers — and started talking. Did he take over play calling duties? It sure looked that way, and it worked wonderfully. Suddenly, the Lions have an identity. Suddenly, they can run the ball.