Alex B. Hill, who calls himself "a data nerd and anthropologist," is obsessed by maps as creative storytelling tools.

He brings that passion to "Detroit in 50 Maps," a 144-page hardback coming next week from Belt Publishing in Cleveland, which says it "deconstructs the Motor City in surprising new ways."

So are maps that show housing age, land owned by non-Detroiters, life expectancy (compared to suburbs) and chronic disease (obesity, diabetes and asthma) by neighborhoods. Others are labeled "The Legacy of Redlining," "Housing Dispossession and Insecurity" and "Cass Corridor vs. Midtown." (See more in table of contents photo below.)

Hill's presentations in the coffee table-style book show that "Black residents have been the ones to suffer most from housing discrimination, lack of economic opportunity and poor health outcomes," Aaron Mondry posts at Outlier Media.

The clearly illustrated segregation adds force to maps like one on car access showing pockets of the city where few people own cars, followed by the surprising statistic that "70% of all jobs in Detroit are held by those who commute into the city, typically by car." ...

As Hill writes in his introduction: "To truly understand the city is to comb through its layers."

The collection of original maps "shows you how Detroit feels as well as what it looks like," Belt founder and publisher Anne Trubek says via email. 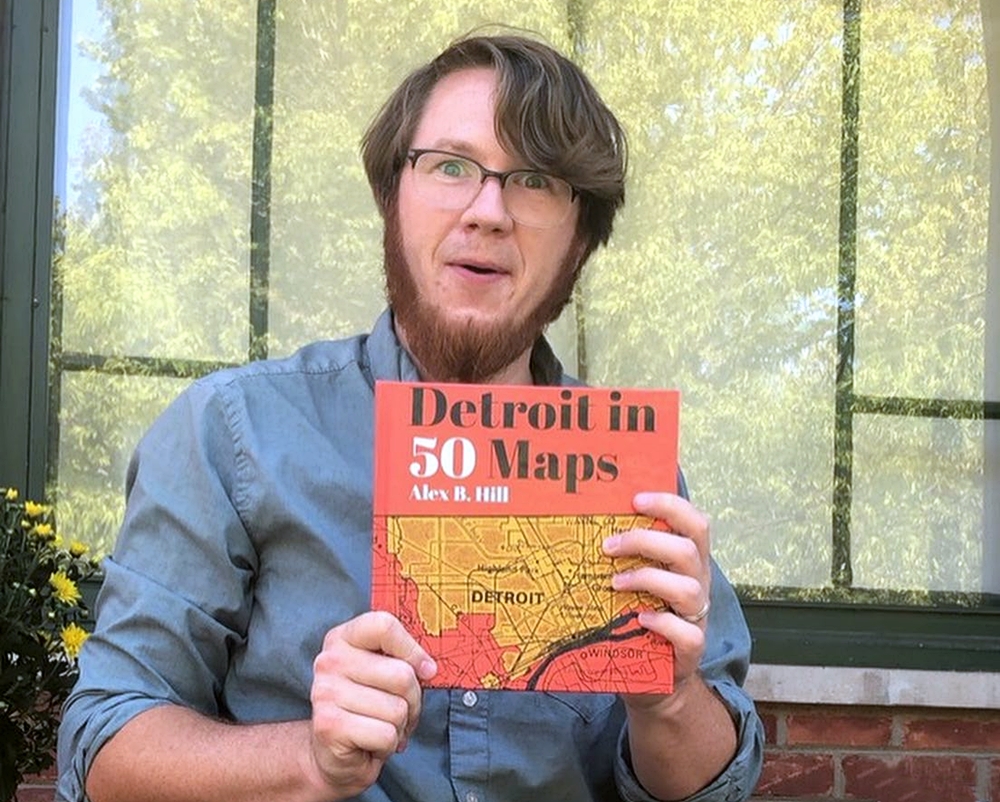 The local cartographer also maps the pandemic's impact geographically, shows where coffee shops and coworking spaces have opened and shut in the last five years, Detroit's first neighborhood names and where to find the highest concentrations of pizzerias, coney shops, groceries, pharmacies and even ring-necked pheasants.

A pointed display shows areas where churches outnumber liquor stores, and vice versa. And on a whimsical note, he mines the city's Animal Care and Control dog license database to display the most popular pooch names by owners' ZIP codes.

The 34-year-old author, a former Detroit Health Department data coordinator and manager, teaches at Wayne State and is graphic information system director at its Center for Translational Science and Clinical Research Innovation. He also teaches data visualization at the College for Creative Studies, started the DETROITography site and is project director of the Detroit Food Map Initiative.

Hill graduated from Michigan State University in 2009 as an international relations major and added a Wayne State master's in medical anthropology in 2016. He lives in Grosse Pointe Woods with his wife and two young children. 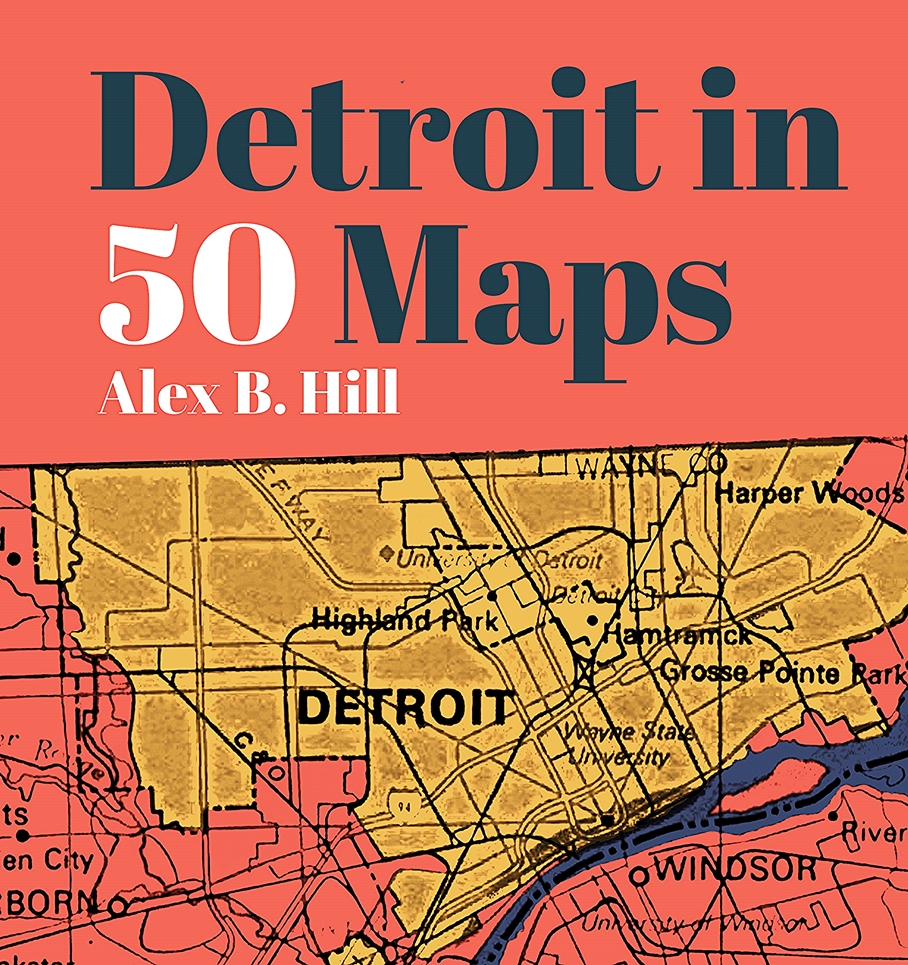 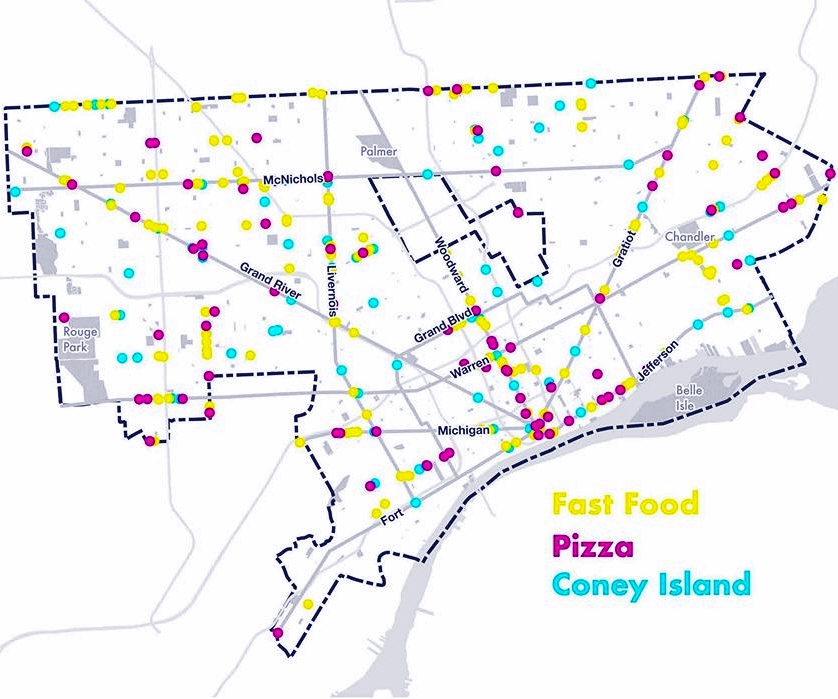